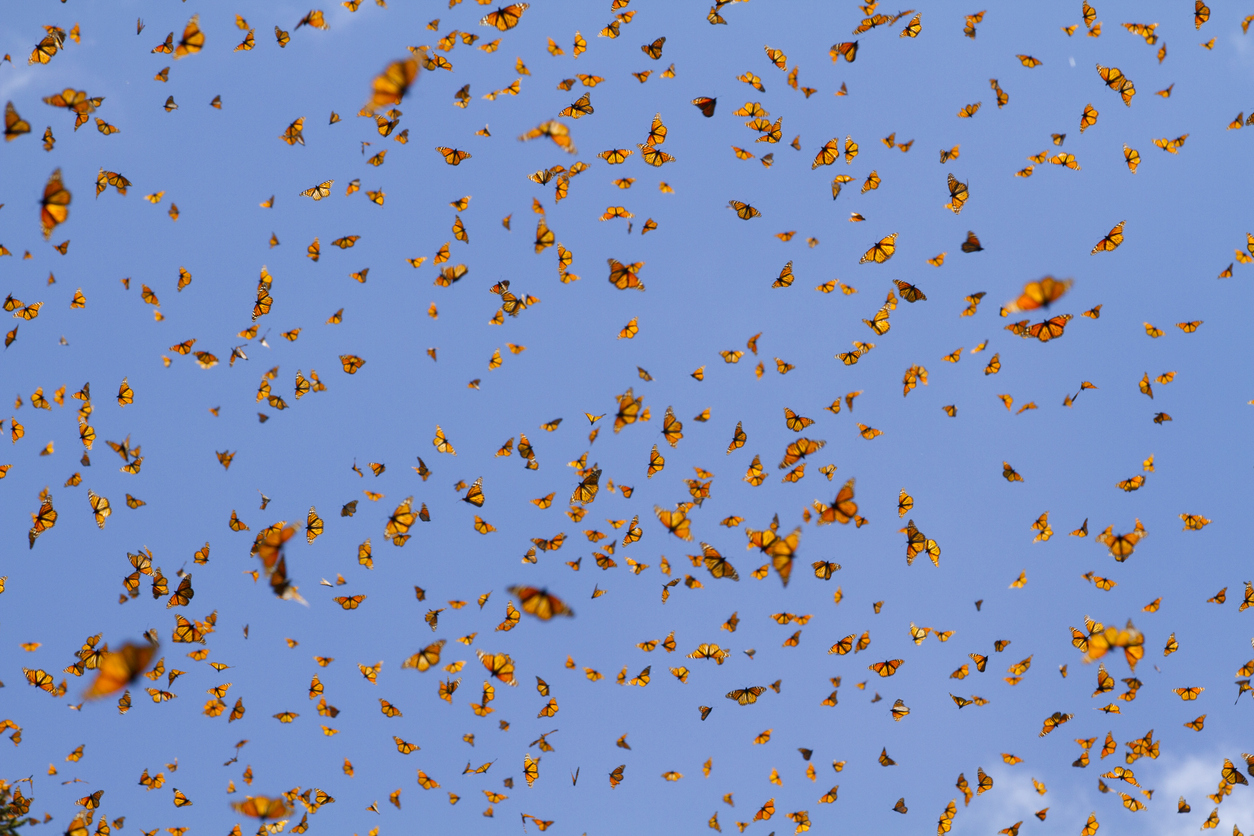 Where Do Bugs Go in Winter?

During the spring and summer, bugs are partying like it's 1999. They’re eating your garden, marching through your picnics, and buzzing by your ear. Then winter hits. Where do all of them go? Even though bugs are small, they have big solutions for survival during winter. Insects seek shelter, store fat, become less active, and even travel to warmer climates. That sounds a lot like humans, doesn’t it?

Here are the survival tactics of some popular insects that maybe we can learn a thing or two from. Hot cocoa not included.

Ants are tiny genius insects who have mastered winter survival. When it’s cold outside, their body temperature drops, and they become stagnant. They seek out warm locations, like deep within the soil, under tree bark, or beneath rocks. Since ants live and work as a community, they settle down during the winter months in clusters to maintain body heat and huddle to protect the queen. They also consume large amounts of food to put on fat to stay warm. That’s like one big ant sleepover party.

Just like humans, butterflies travel to warmer climates when the cold hits. They’re lucky creatures since they don’t even need a passport. Monarch butterflies migrate to Mexico and southern California and then return in the spring. Some other species spend the winter in the desert or deep south. These include the Buckeye, Painted Lady, and Little Yellow species.

Cockroaches are notorious insects that seem to be everywhere, no matter the season. Most can’t survive in temperatures less than 15 degrees Fahrenheit. For this reason, you may start to see these tiny acrobats in your basement, crawl space, and attic. Just like humans, cockroaches seek warm, cozy areas in winter. The good news is that colder temperatures slow down their reproduction rate. So, you may see them, but you will see less of them.

Mosquitoes are resilient little critters that have been around for millions of years and survived the Ice Age. Their survival instincts are top-notch. Mostly known to hibernate in winter, mosquitoes hide in anything from trees and burrows to basements and storm sewers. Males only live up to 10 days (they die after mating), so most don’t even make it to winter. Females can’t survive in anything lower than 50 degrees Fahrenheit. Water is essential to the life of a mosquito. When there’s no water, mosquitoes can go into diapause — meaning they put the pause button on their lives for several months until the weather gets warmer.

Spiders are less active in the winter months, just like most of us are. The adult black widow spends the winter inside buildings, crawl spaces, and basements, much like cockroaches. Most brown recluse spiders are inactive when the temperature is lower than 44 degrees Fahrenheit. This is because most of their prey have dispersed during winter, so they eat much less.

The survival of ticks in winter depends significantly on the species and their lifecycle. Some ticks hibernate, while others reduce activity to conserve water, or produce glycerol to protect themselves from freezing temperatures. Many go dormant or latch onto a host. Females will remain on a host until the end of winter, when they drop to the ground and lay up to 3,000 eggs. Usually, ticks hide under leaves in wooded areas where snow insulates them beneath the leaves. Most ticks can survive if the weather is above 45 degrees Fahrenheit.

Get Bugs to Chill This Winter

Although winter drastically reduces the number of bugs we see, that doesn’t mean they’re far away. If you are still having insect issues this winter, reach out to the experts. We’re here to help. Call Hughes Exterminators today.