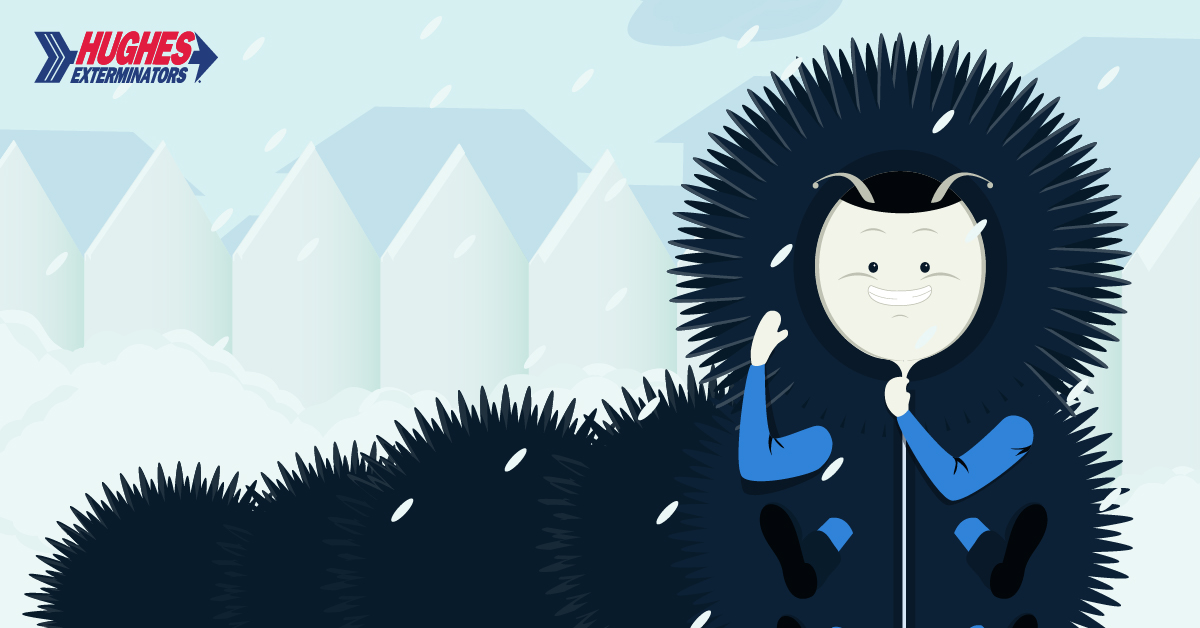 You might be cheering the arrival of winter, but most bugs aren’t. That’s because their tiny ectothermic bodies aren’t built to withstand temperatures below 40 degrees Fahrenheit. When cold weather arrives, they either die off, migrate or go into hibernation. Some bugs, however, have evolved to master the winter chill; they continue to crawl, creep, fly and function despite the freezing temperatures. But exactly how do winter bugs outlast their warm-weather counterparts? Read on to discover the ways these cold-hardy bugs survive freezing (and sometimes below freezing!) temps.

They create a protein that lowers their freezing point

Like most living things, insects are made up of water. The real threat of winter is that it causes the water in bugs’ bodies to freeze, a process most bugs can’t bounce back from. There are some exceptions to this, though. For insects like the darkling mealworm beetle, mourning cloak butterfly and the Antarctic midge, survival depends on their bodies’ production of sugars and proteins that act like antifreeze. This buggy antifreeze lowers their freezing point, preventing ice from forming in their bodies and keeping them alive until temperatures warm up.

Some can survive while frozen solid

For some bugs, being frozen isn’t so bad. The Arctic woolly bear caterpillar spends almost 90 percent of life frozen solid, only thawing off for a brief time during warm months to eat and reproduce. These critters have similar proteins and sugars that make up the antifreeze found in other insects, except it doesn’t keep them from freezing — instead, it protects their tissue while frozen. Some have been found to survive temperatures 70 degrees below freezing.

Some are just cold tolerant

Just like there are bugs that thrive in hot, tropical climates, there are also a few bugs that happen to prefer the cold. In fact, ice worms, snow scorpionflies and snow fleas can’t exist anywhere it isn’t cold. A feat of evolution, these bugs’ internal structure and metabolism allows them to function — and thrive — in freezing temperatures.

Winter pests might be able to outlive the frozen temps, but they can’t outsmart our Arrow experts. If you’ve got any pests surviving winter’s cold in or around your home, give Hughes a call today — we’re here to help!