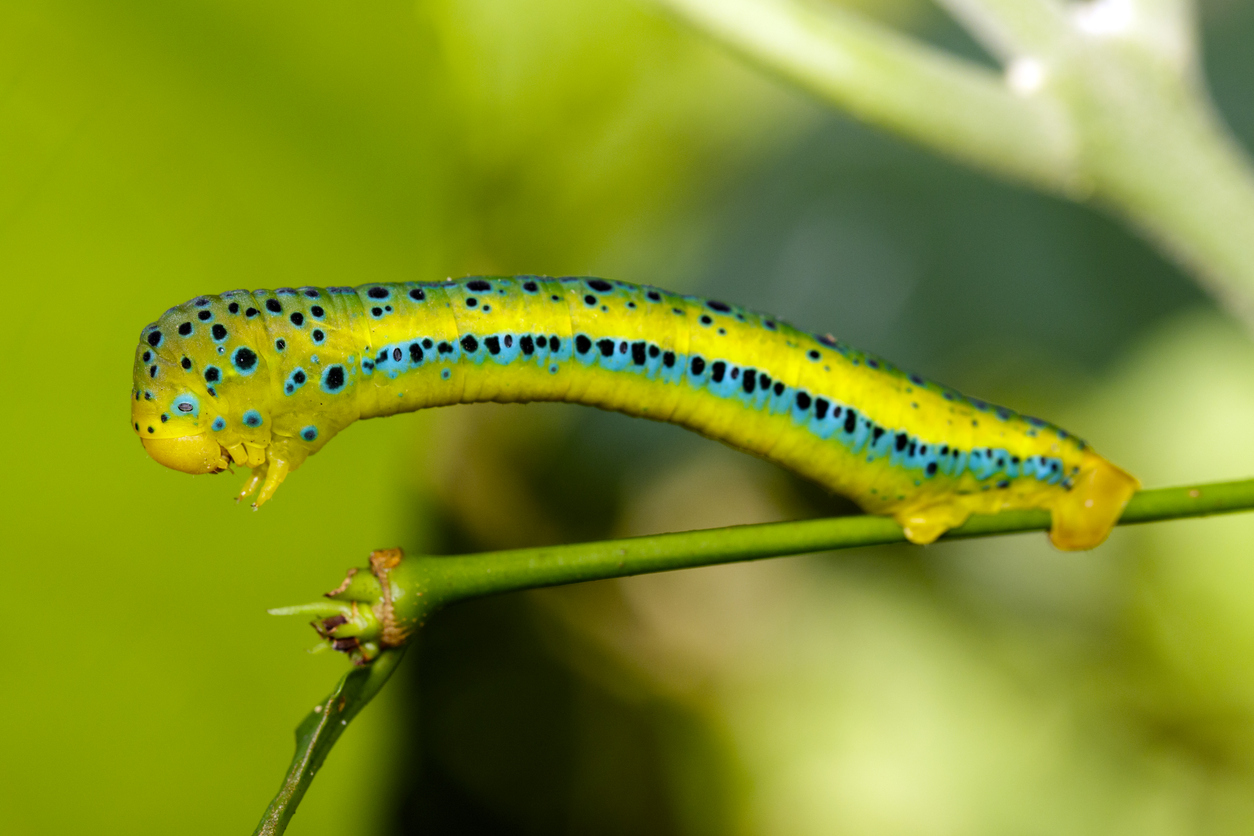 Ah, the caterpillar — just a young moth or butterfly on a journey to get their wings. But while these pre-cocoon youngsters may lack the majesty of a Monarch, they’re still rocking some royally crazy looks.

Check out some of these rare and exotic crawlers that made it into our rankings. First on the runway, we bring you the “cute,” but stay tuned, you’re not going to want to miss the “creepy.” 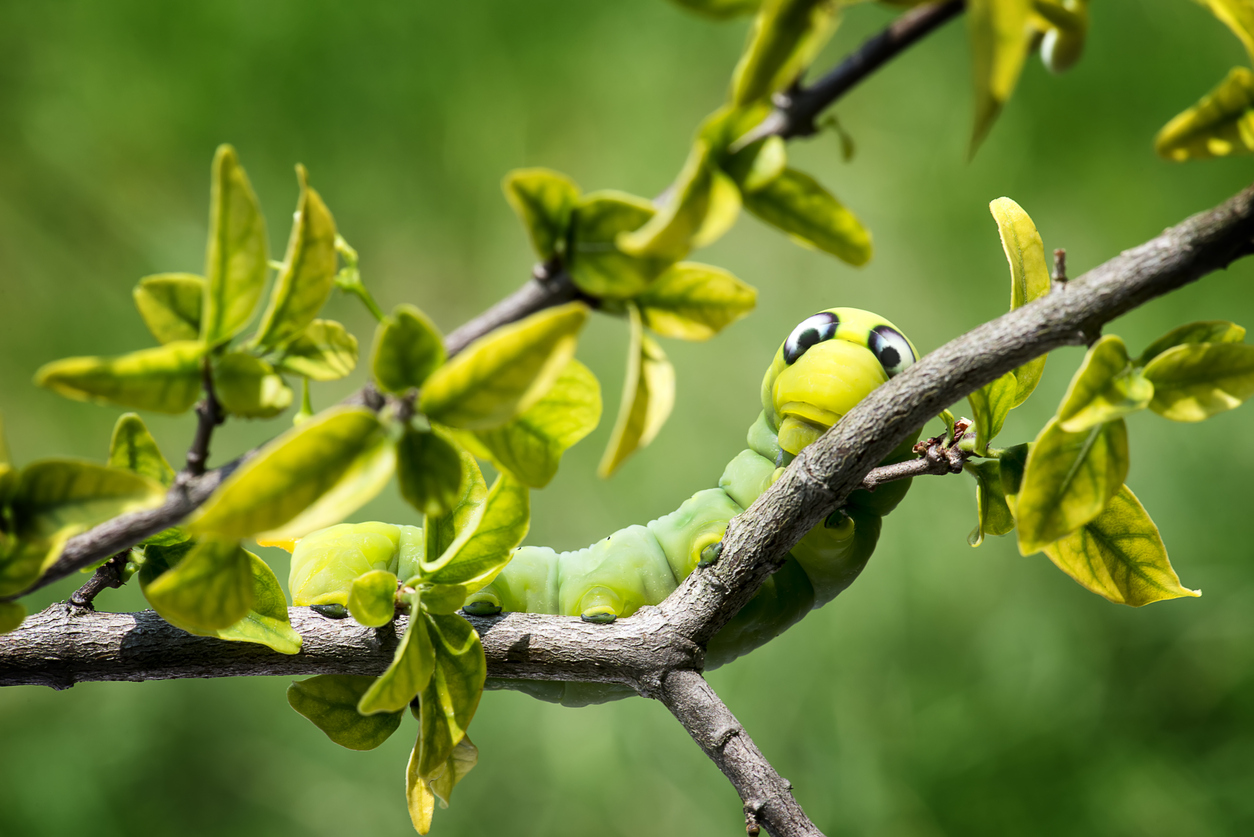 While these cuties can vary in color, they all have a distinctive “white freckle pattern” on their side — not to mention a set of googly eyes that makes them almost look cartoon. These false eyes only appear when the caterpillar retracts its head from feeling threatened. So, if you see this pair of peepers (next time you’re in Europe, Africa or Asia), just note that they’re probably not too pleased to see you. Need one last dose of cuteness before we move on to the next category? Check out this Oleander Hawk Moth Caterpillar snuggled up like {activate baby voice} a sweepy wittle bitty thing. 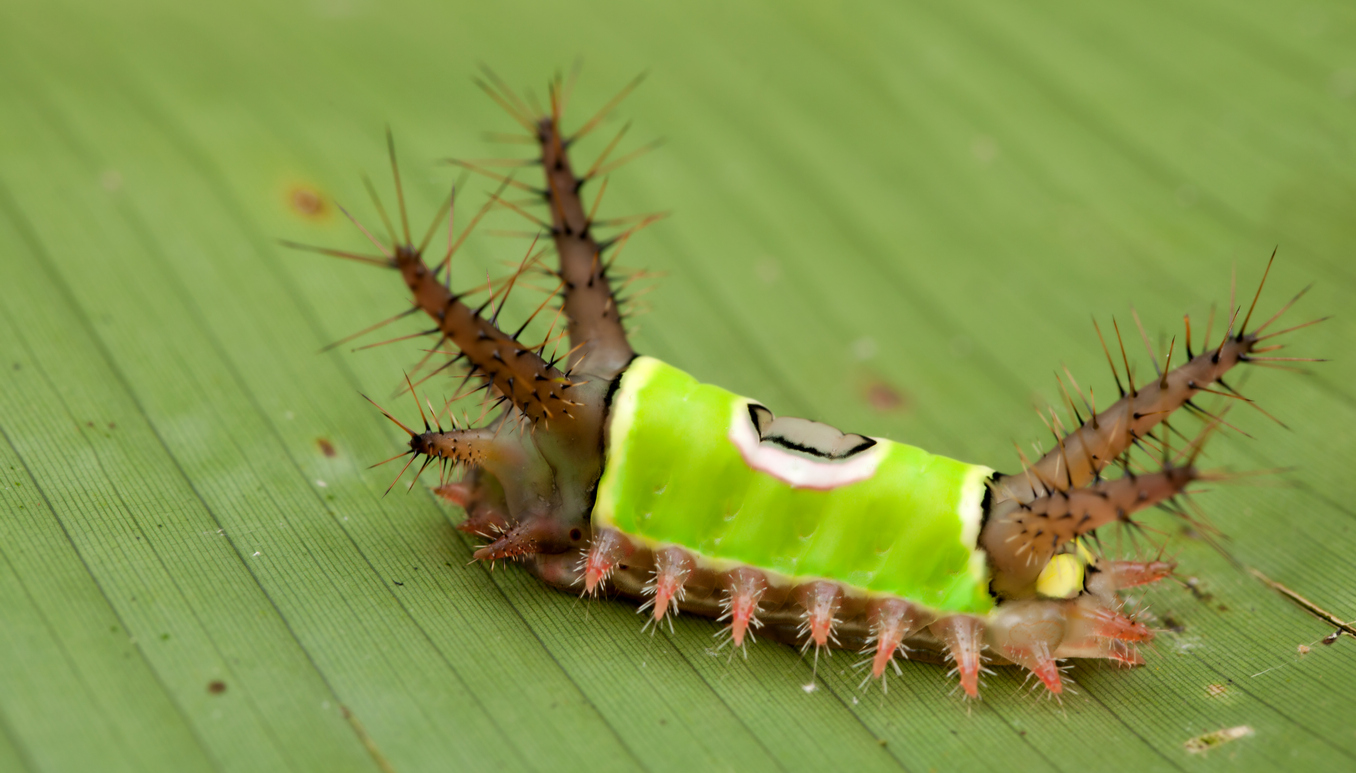 Next on our list, we’ve got this cool dude who looks like he might be on his way to a music festival. But, don’t let these vivid colors trick you into thinking that he is cool with you. He does not want to be friends. Those spines are venomous and can break off into your skin, causing a rash or other serious medical conditions. So, if you see this flashy guy crawling by (usually mid-summer to early fall in the eastern US), just let him go to his party in peace. He’s on his way to becoming a way less colorful adult, which is why he didn’t quite make the cut to our next category. 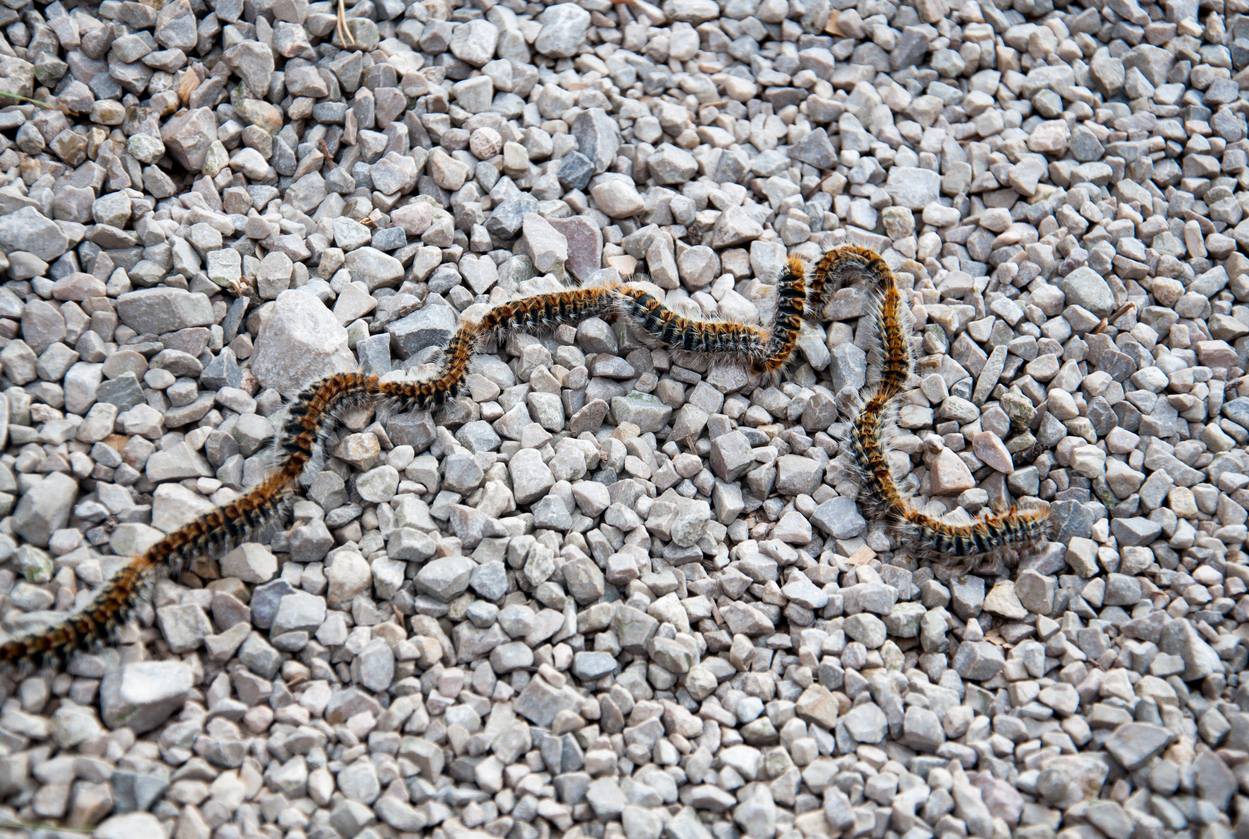 Nope, it’s not a snake. It’s just a crazy bunch of caterpillars found in Europe, Asia and Africa. And what they lack in color, they make up for in quantity. Most notable for the way they travel – head to tail – some of these caterpillars’ processions may be up to 300 caterpillars long. These “sibling groups” stay together throughout this larva stage – stinging anyone who attempts to mess with their crew – and eventually taking one last procession to the site where they pupate side-by-side. Now that’s some crazy family love, right there. 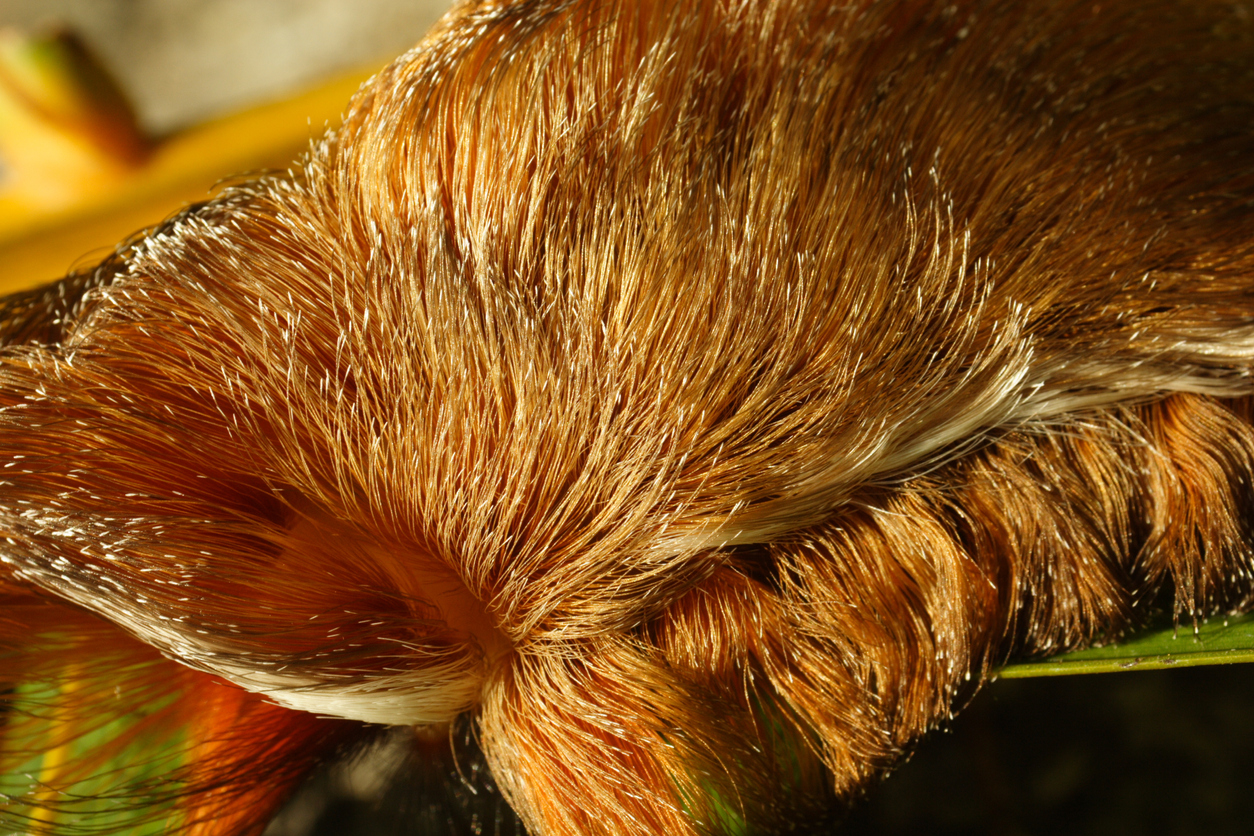 This toupee-looking creature is what nightmares are made of. With a fluffy exterior that practically begs to be pet (and resembles a house cat, hence the name), this caterpillar could send you to the hospital in excruciating pain lasting up to 12 hours. The fur alone can cause irritation, but hidden under all that hair are toxic spines just waiting for an unsuspecting hand. What’s worse? The flannel moths (what these poisonous furballs mature into) actually fling their own feces as a form of protection. Double ahhhhh!

If you’re looking to protect your home against your “Ewwwwws!”  and “Ahhhhhs!” give Hughes a call, and we’ll keep your home creepy crawly-free.