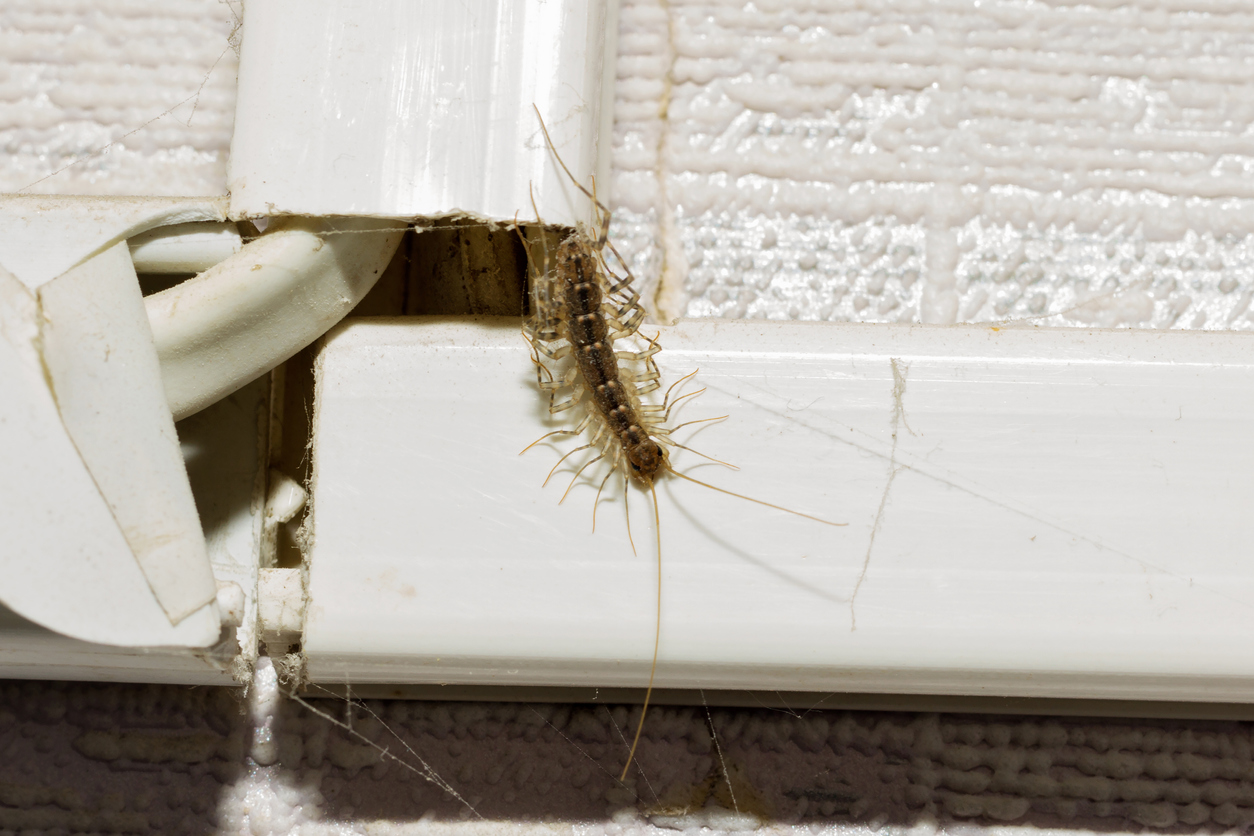 A chill is in the air, leaves are turning, and everything starts to taste a little too much like pumpkin. Fall is a time filled with celebrations, treats, and gatherings. However, some uninvited guests may join the festivities.

As the temperatures drop, new kinds of pests will be looking for a warm place to call home. Though they may have unfamiliar faces, they’ll be just as bothersome as the pests of seasons past. Here are six critters who may be moving in this fall and how to identify them. 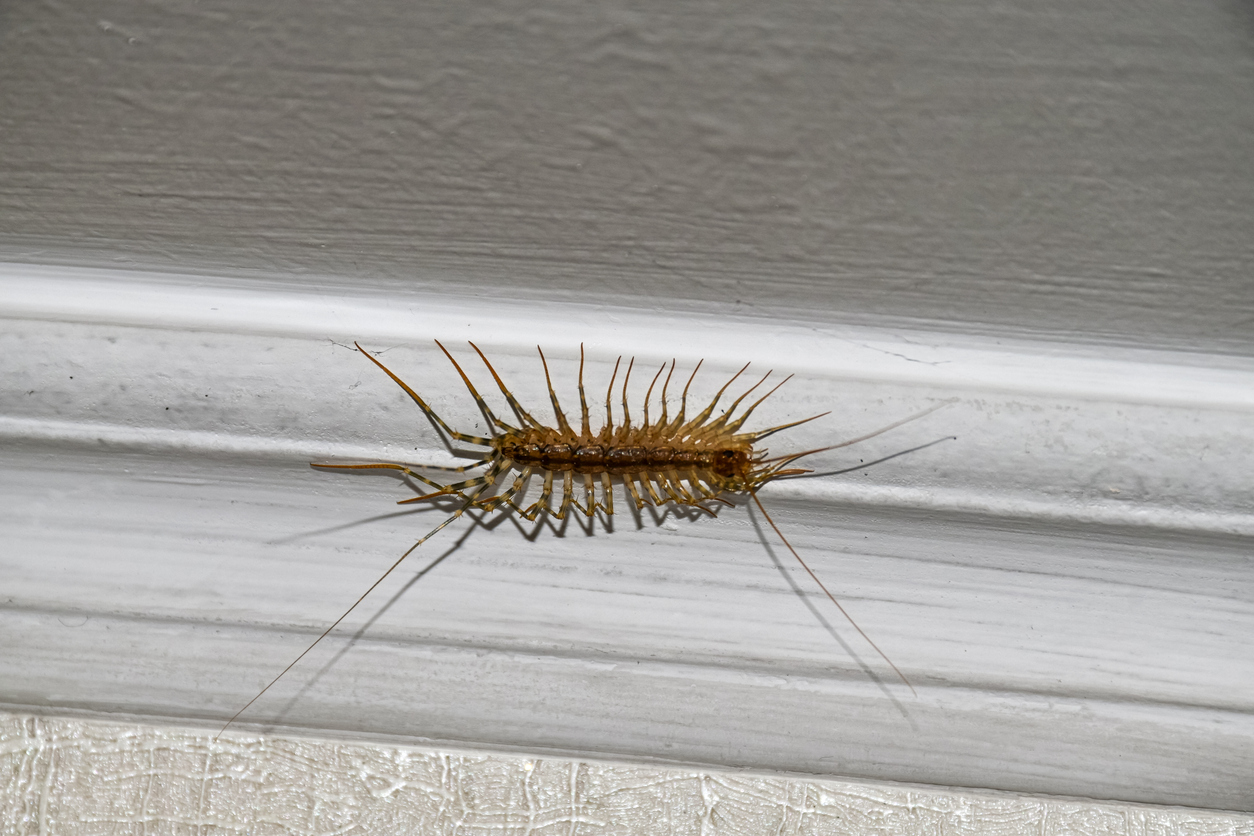 While having lots of legs isn’t your typical party trick, centipedes often steal the show. Their extra extremities are known to cause screams, scurrying, and stomping. When the cold weather arrives, they seek a warm, dark, and moist shelter, including basements, bathrooms, and under the kitchen sink.

Though centipedes are poisonous, they don’t typically bite, and their bites are not dangerous to humans. Their many legs make them easily identifiable, but they’re often confused with the millipede. Centipedes’ legs stick out to the sides, while millipedes’ legs remain underneath them. They’re also much faster than the millipede, often scurrying across the floors to retreat to their dark homes. They can grow up to 12 inches in length, with long antennae and pincher-like appendages at their head.

Centipedes feast on other insects, such as spiders and silverfish, so they can be beneficial in keeping other pests at bay. However, they’re not crowd pleasers when it comes to holiday celebrations, so it’s best to call a professional to see them out. 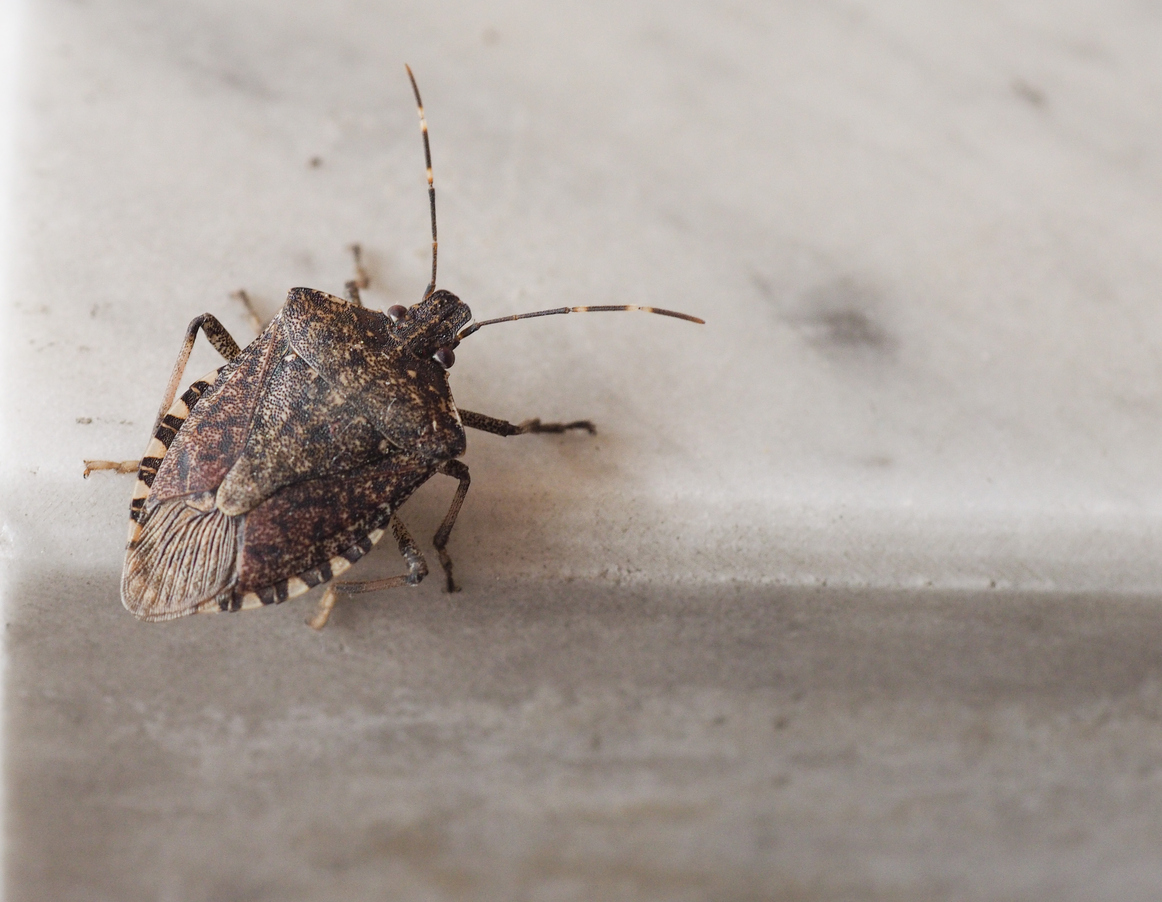 The brown, smelly stink bug seeks refuge from cooling temperatures in a home’s sun-filled and heated areas. When threatened, they release a harmless but pungent chemical that gives them their unique name. If a stink bug finds a pleasant spot to perch and remain warm, they’ll send out a pheromone alerting other stink bugs of their discovery.

Though stink bugs won’t hurt humans, if you find them in large numbers, call pest control for a plan to rid your house of the stink before the holiday festivities begin. 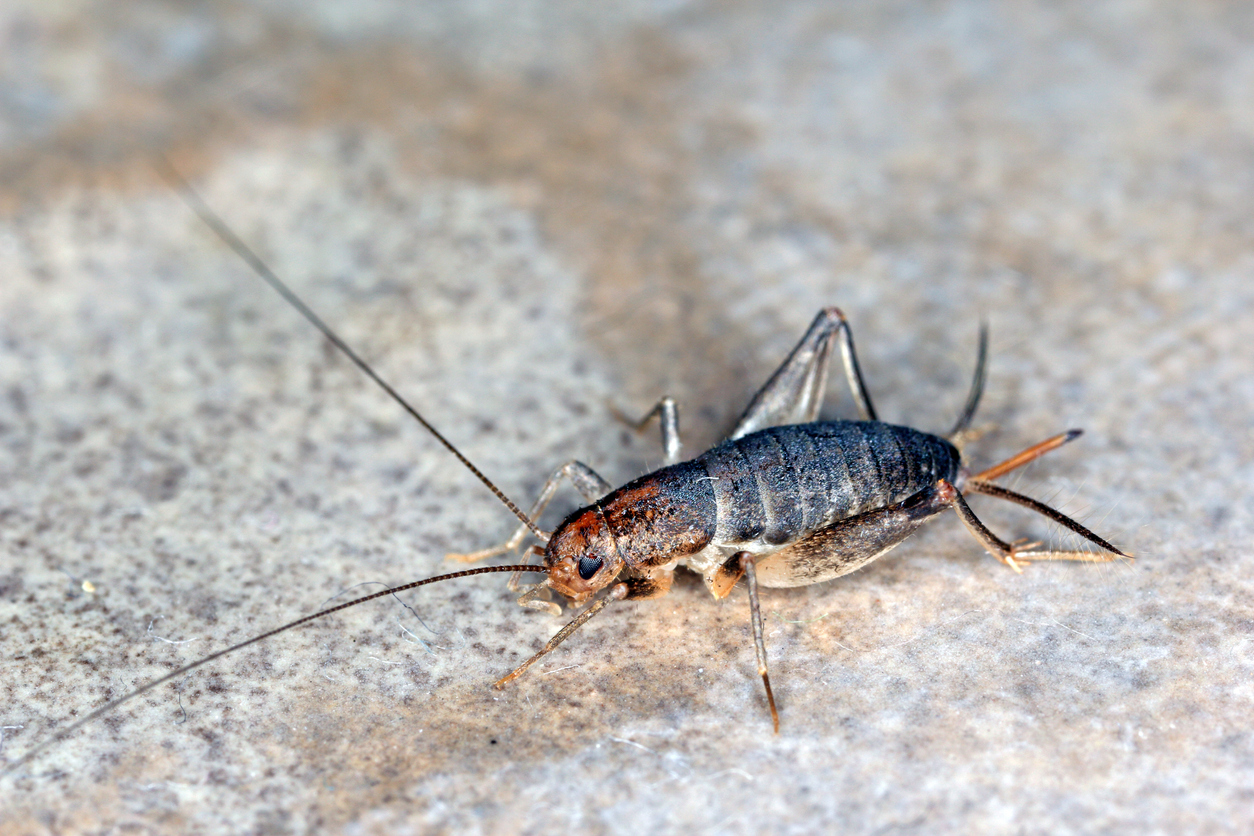 Crickets can be very problematic if found indoors. They chirp throughout the night, breed rapidly, and make your clothes their dinner. They look for warm, dark, and moist places to reproduce and can quickly take over a basement. During the cooler months, it’s best to seal all cracks and holes and close the doors before they hop inside.

Crickets are often mistaken for grasshoppers, as they both have tall hind legs for jumping. However, crickets are smaller in size and darker in color, often a dark brown. As these pests can damage your home and belongings, be sure to call the professionals as soon as you hear their familiar chirp. 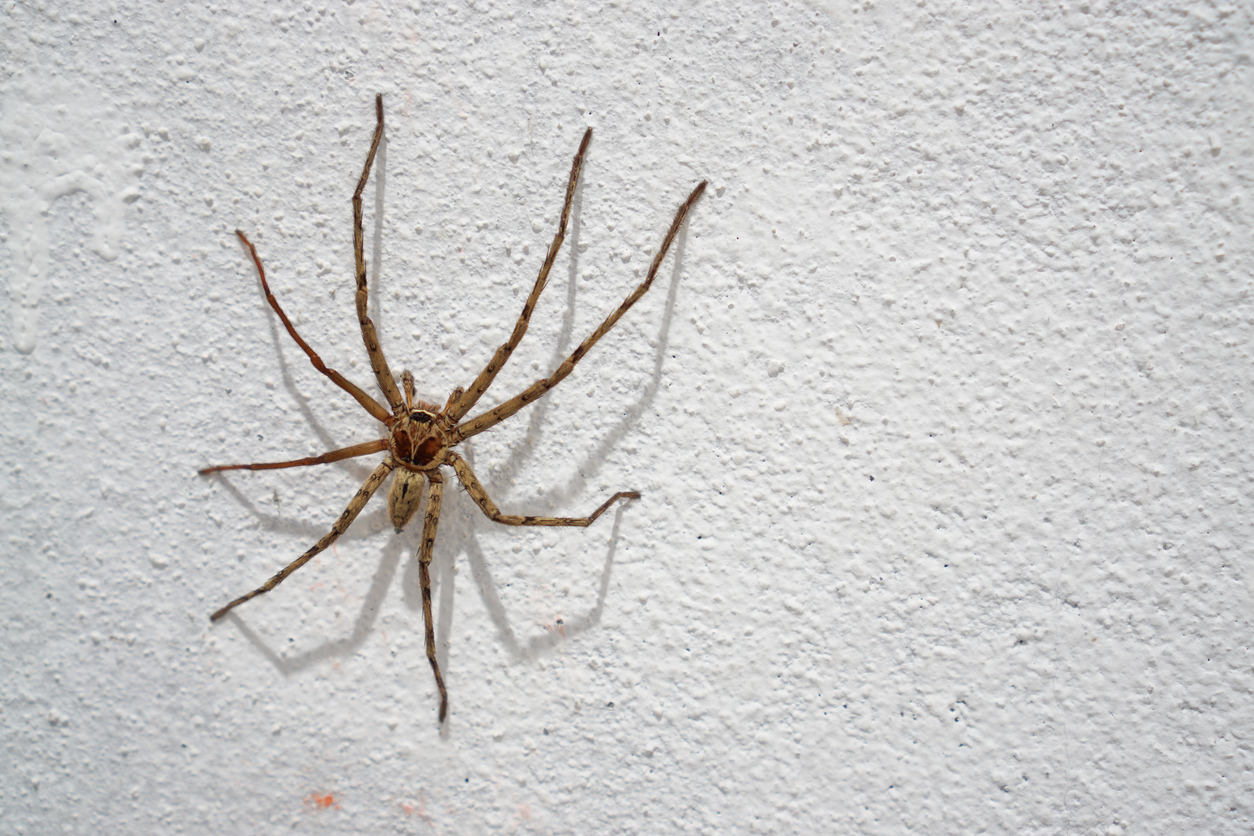 Spiders are only good entertainment when they’re made of plastic and placed on a spooky cotton web. While these eight-legged creatures may be hiding out in homes year round, their mating season begins in the fall, causing them to emerge from their shelter in search of a mate. Spiders also grow physically throughout the summer, from spiderling to adult, becoming especially noticeable as the weather turns cold. 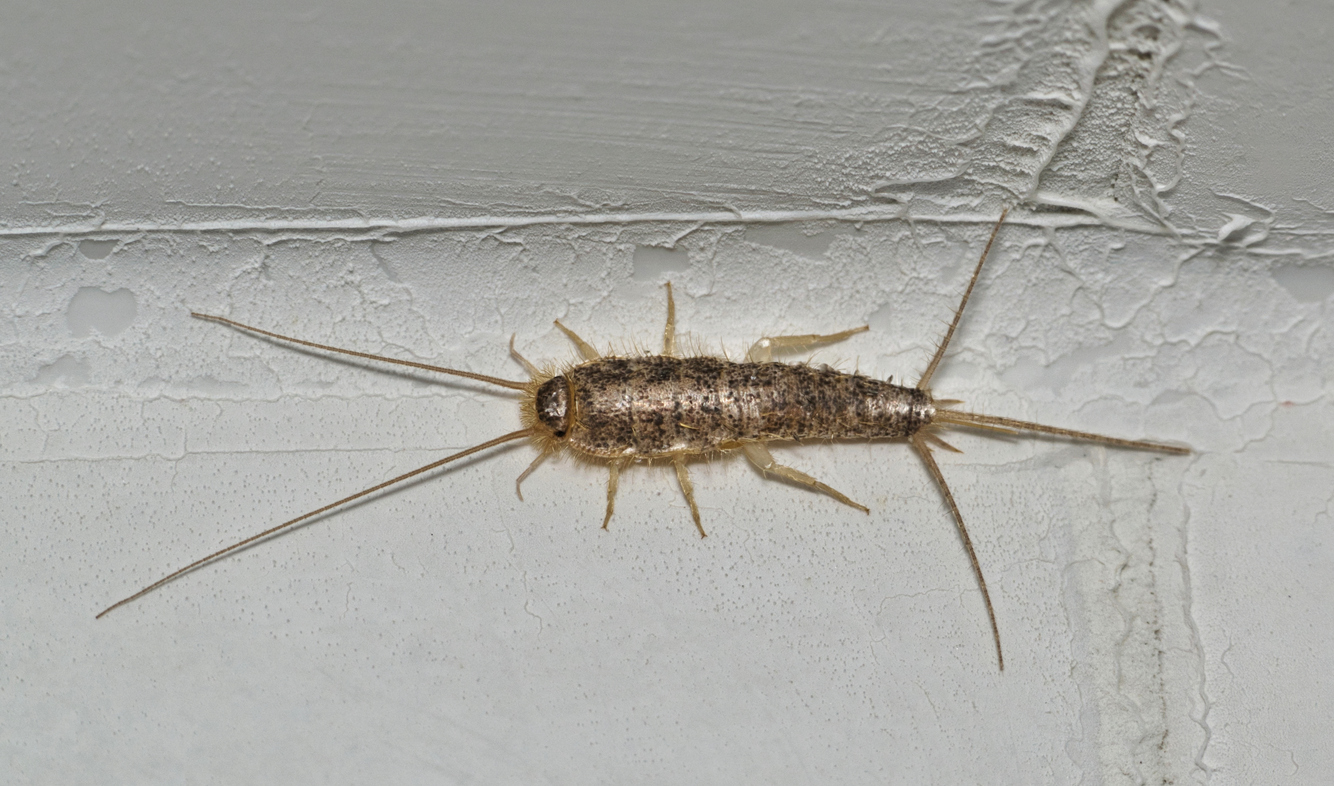 Among the pests retreating to your home this fall are scaly silver creatures that have existed since prehistoric times. The small, wingless silverfish has two antennae and three tails, making it very unpleasant to encounter.

They prefer cold, dark, and damp environments and can be found in your attic, basement, kitchen, or bathroom. They feed on paper, glue, dry goods, boxes, and sweaters, meaning your storage space full of books and old decorations is their ultimate dinner feast. As the seasons change, they can unintentionally make their way into the main areas of a home by being transported in a box of decorations or last year’s holiday sweaters.

While silverfish are not poisonous and do not bite, the females can lay up to 3,500 eggs, so it’s important to get this pest under control as soon as it’s discovered. 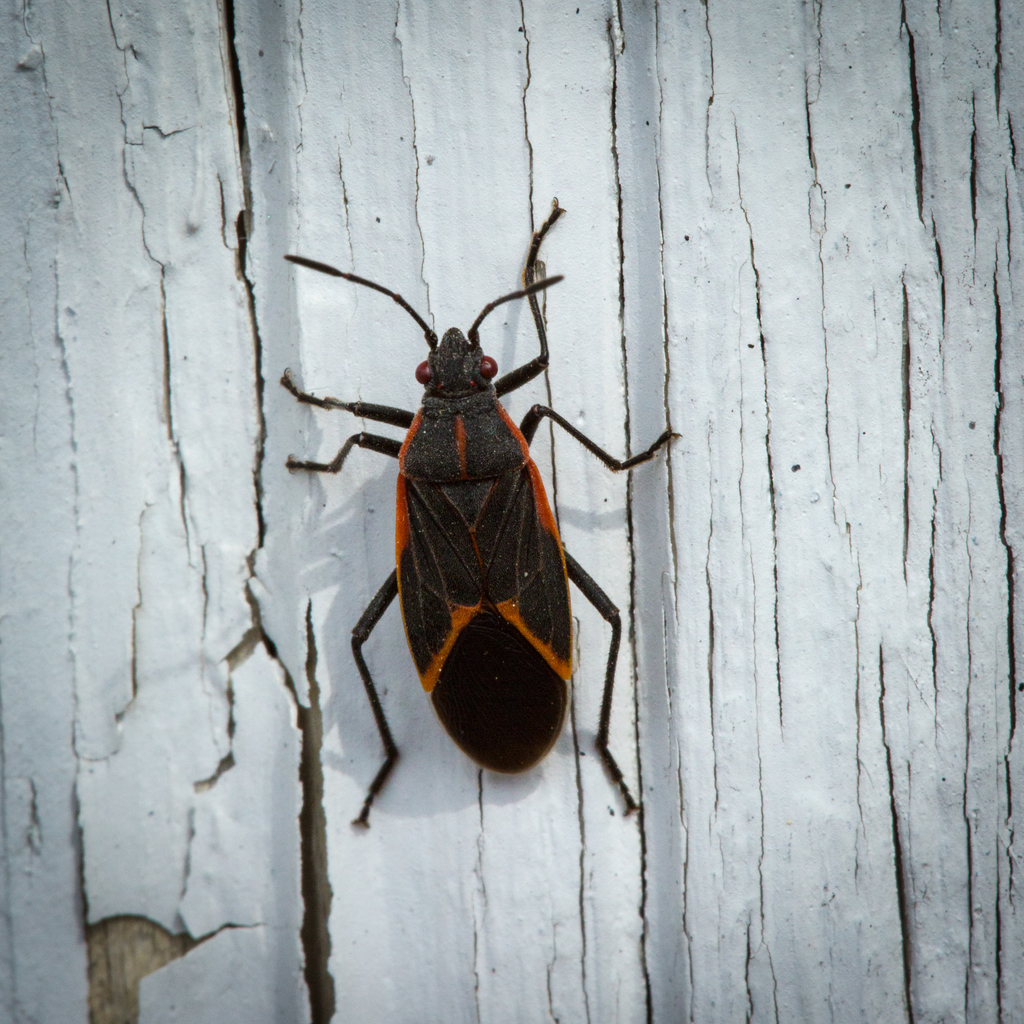 Similar to stink bugs, boxelder bugs release a strong odor if disturbed. They are black with reddish-orange markings and usually reside in trees, but the influx of cooler temperatures pushes them indoors.

They tend to congregate in large numbers, seeking shelter in the cracks of walls to remain throughout the winter. It’s important to have the exterior of your home professionally sprayed each fall so you can prevent large groups of boxelder bugs from deeming your home the perfect place to spend the holidays.

Plan for Houseguests, Not Creepy Crawlers

If you’d rather focus on throwing the ultimate holiday party than fret over bug invasions, contact Hughes Exterminators for a detailed pest control plan.