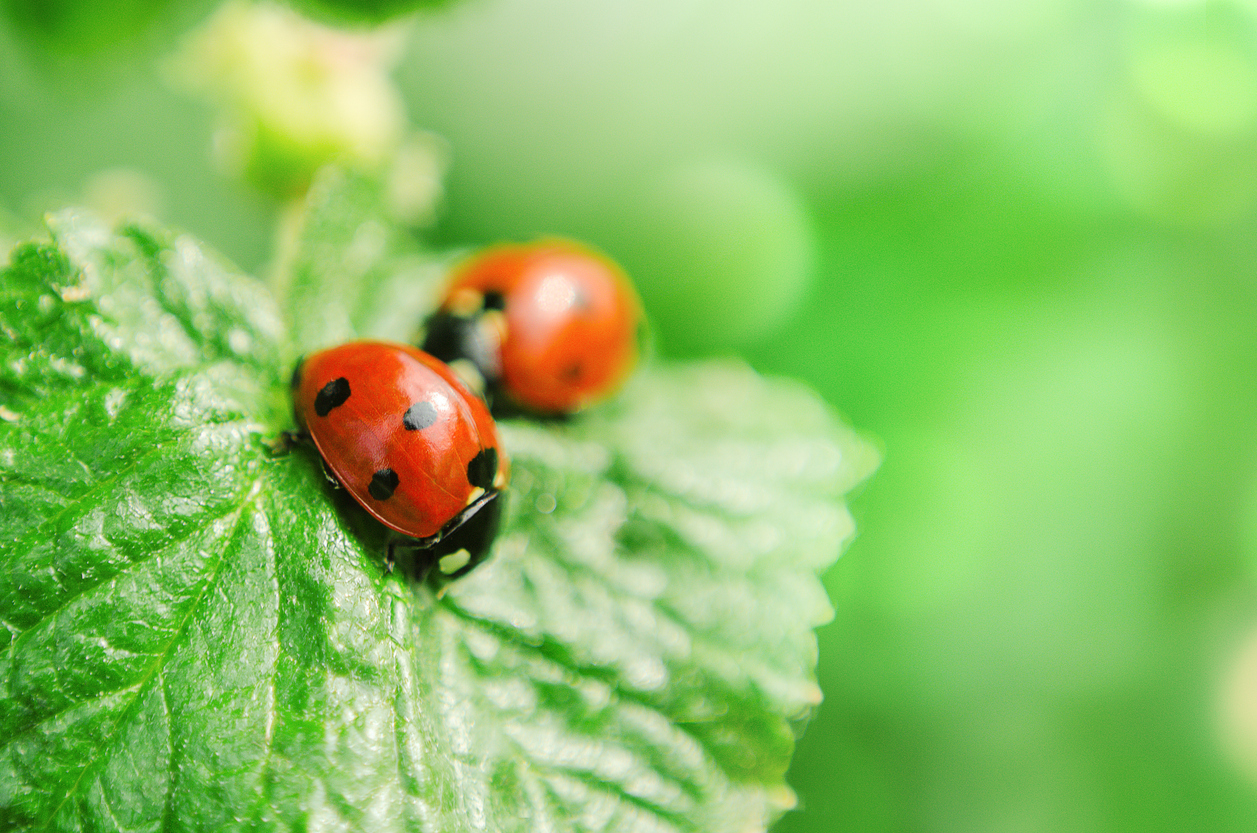 Ladybugs: Get to Know These Little Ladies

Whether you’ve spotted one on your favorite flower bush or found a family of them milling about your vegetable garden, ladybugs are some of the sweetest little insects around. There’s a chance that even the most bug-averse person won’t run in fear from these brightly-spotted beauties. If you’re feeling especially friendly, you might even be inclined to gently pick one up for a closer look, as they’re not fearful of human interaction.

Kids love them, adults love them and farmers love them, too. Having a ladybug land on you is even seen as a sign of good luck in many parts of the world. But how did these little ladies become one of nature’s most beloved creatures? And why are they called ladybugs in the first place?

With over 5,000 species of ladybugs, there’s a lot to discover, but let’s start with their name.

1. Ladybugs aren’t actually bugs at all.

Despite their names, ladybugs aren’t bugs — they’re beetles of the insect class. The easiest way to tell is by their mouthparts and their wings: beetles have mouths that can chew and wings that are covered by a hard shell.

As for the “lady” part of their names, you can thank European farmers of the 1800s. After pests began eating away at their crops, they prayed to the Virgin Mary. Soon after, ladybugs arrived and ate the pests, causing farmers to call them “beetle of Our Lady,” which was eventually shortened to ladybug. 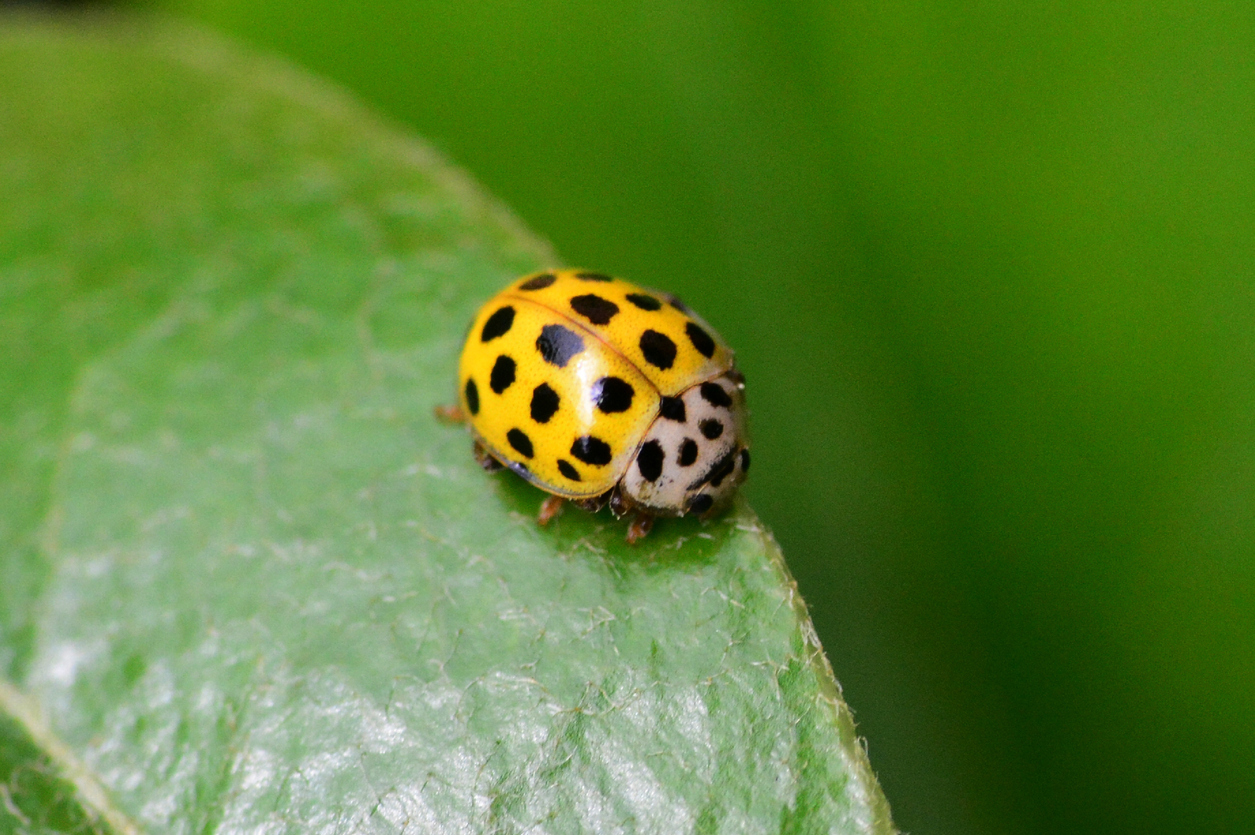 Ladybugs are known for their signature red-and-black spotted look. However, their colorings can range between yellow, white, orange, pink, blue and sometimes they can even be spot-free. These colors are pretty to look at, but they also serve a larger purpose: protection. As a natural defense against predators, these colors say “back off!” Ladybugs also secrete a toxin that makes them smell and taste awful when threatened.

3. Ladybugs are a farmer’s best friend.

While we all have a soft spot for ladybugs, farmers especially love these little critters for their pest-controlling abilities. As it turns out, the bugs that usually ruin crops like scale insects, whiteflies, mites and aphids are also the same ones that ladybugs love to munch on. They can eat up to 5,000 of these pests in their lifetime, making them a go-to solution for farmers with a soft-bodied insect infestation. 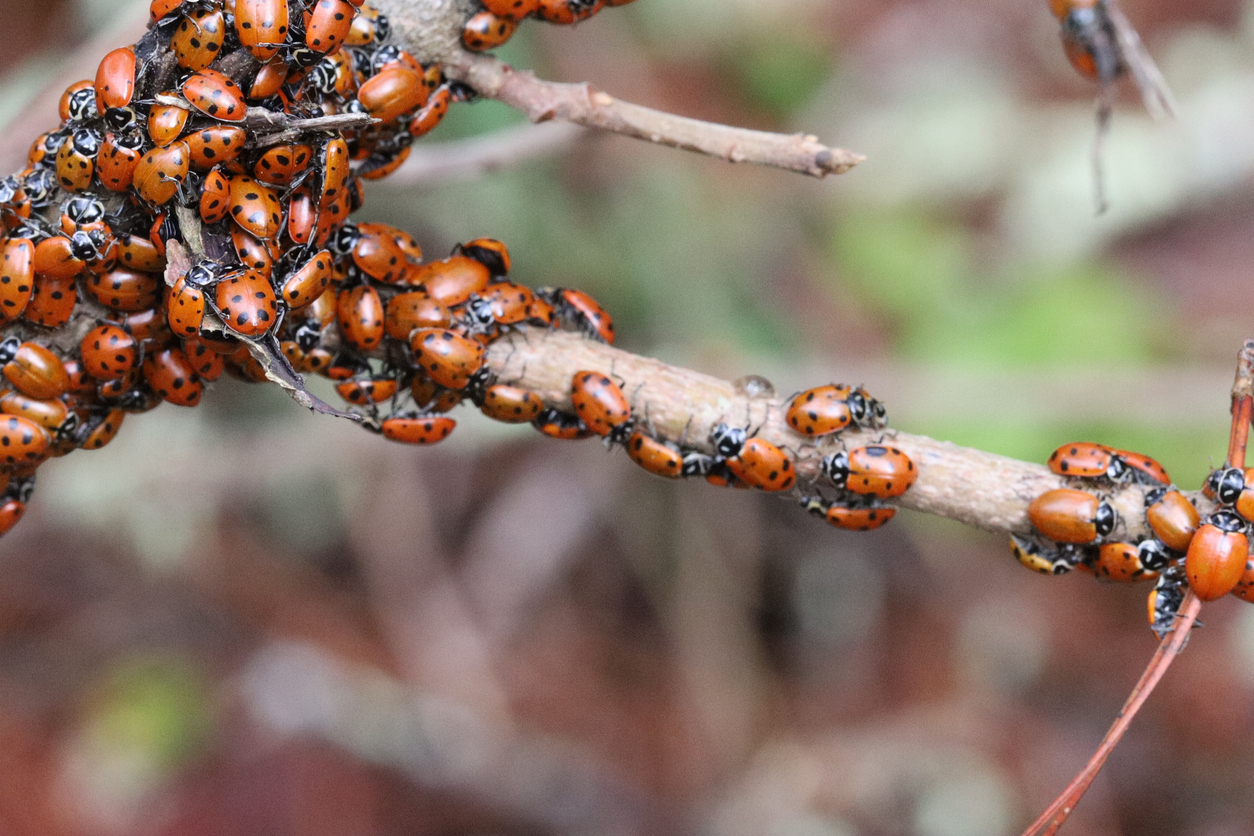 Ladybugs may seem just too good to be true, but for the most part, they are as amazing as they sound. The only time they pose a concern is when they’ve been allowed to overpopulate. It’s possible for there to be colonies of thousands of ladybugs at a time, and when food supplies run out, they turn to eating their own unfertilized eggs and larvae.

Just keep an eye out for them in  your home during the colder months. Ladybugs thrive during the warmer seasons (especially around wooded and grass-filled areas), and tend to run indoors through any crevices they can find when the temperature starts to drop.

Give Us A Call

Ladybugs and their bright, beautiful colors are a welcome sight, but if they (or one of their less adorable buggy cousins) have become too much to manage near your home, we’re here to help! Give Hughes a call today.