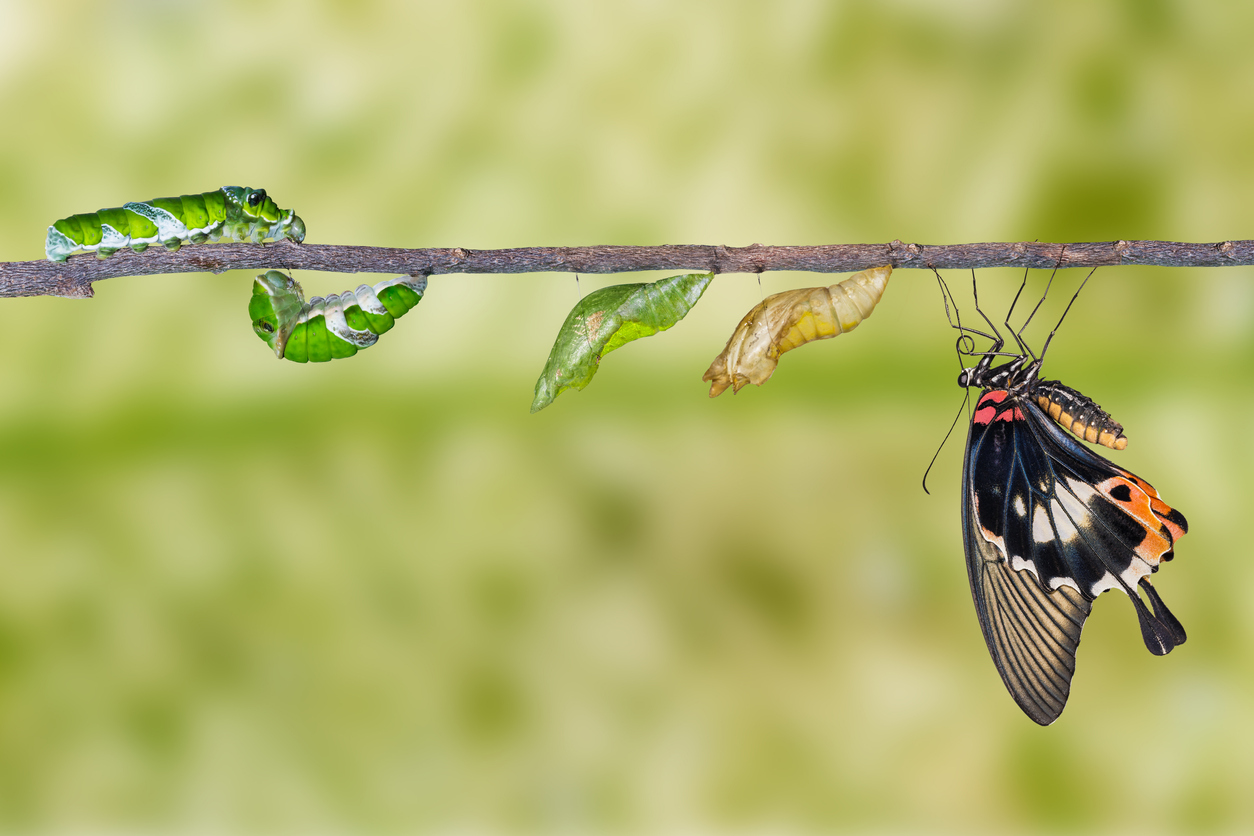 Cleaning Out the Exoskeletons in the Closet

If you think starting over once a year is a big deal, try being an insect. They shed their exoskeletons five to 60 times before they “come of age” and finish developing from an infant insect into a full-grown adult bug ready to take on the real world.

Let’s back up. What’s an exoskeleton and why don’t insects keep the one they were born with? Humans have a skeleton—the bones that your organs live and grow on top of throughout your development. An exoskeleton is a skeleton that’s on the outside—insects’ “bones” are on top of their organs, which leaves little room for their bodies to grow.

To get big and strong, their bodies shed the too-small exoskeletons, uncovering soft outer shells that are expandable. But these shells only expand so much. As insects inevitably outgrow their new exoskeletons, they continue the shed-and-replace cycle.

It’s like kids who need new shoes every few months until they eventually stop growing. Except insects don’t have different colors and styles to choose from. (They got the short end of the stick.) Their new exoskeletons are usually much lighter than their old shells and gradually darken as the elements rough them up.

You can tell your friends at trivia night that the official name of this process is called molting. Since you probably aren’t using your vacation days to go insect watching—please don’t do this—we found some images to share so you can see the beautiful transformation for yourself.

On that note, here’s to a new decade from your friends at Hughes. Remember to give us a call for any pest control needs in 2020 and beyond. The skeletons in your closet are on you, but we’re happy to handle the exoskeletons. 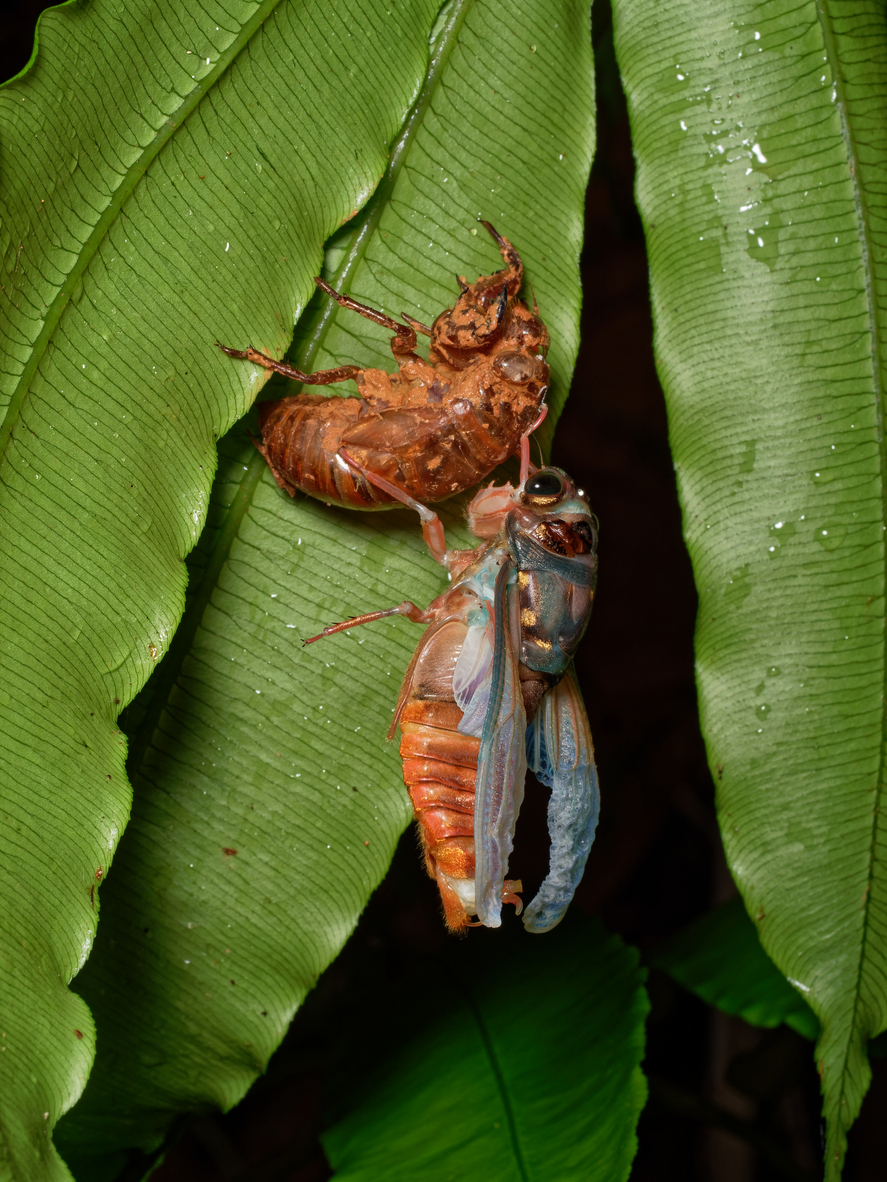 A cicada leaves behind the comfort of his lived-in exoskeleton. 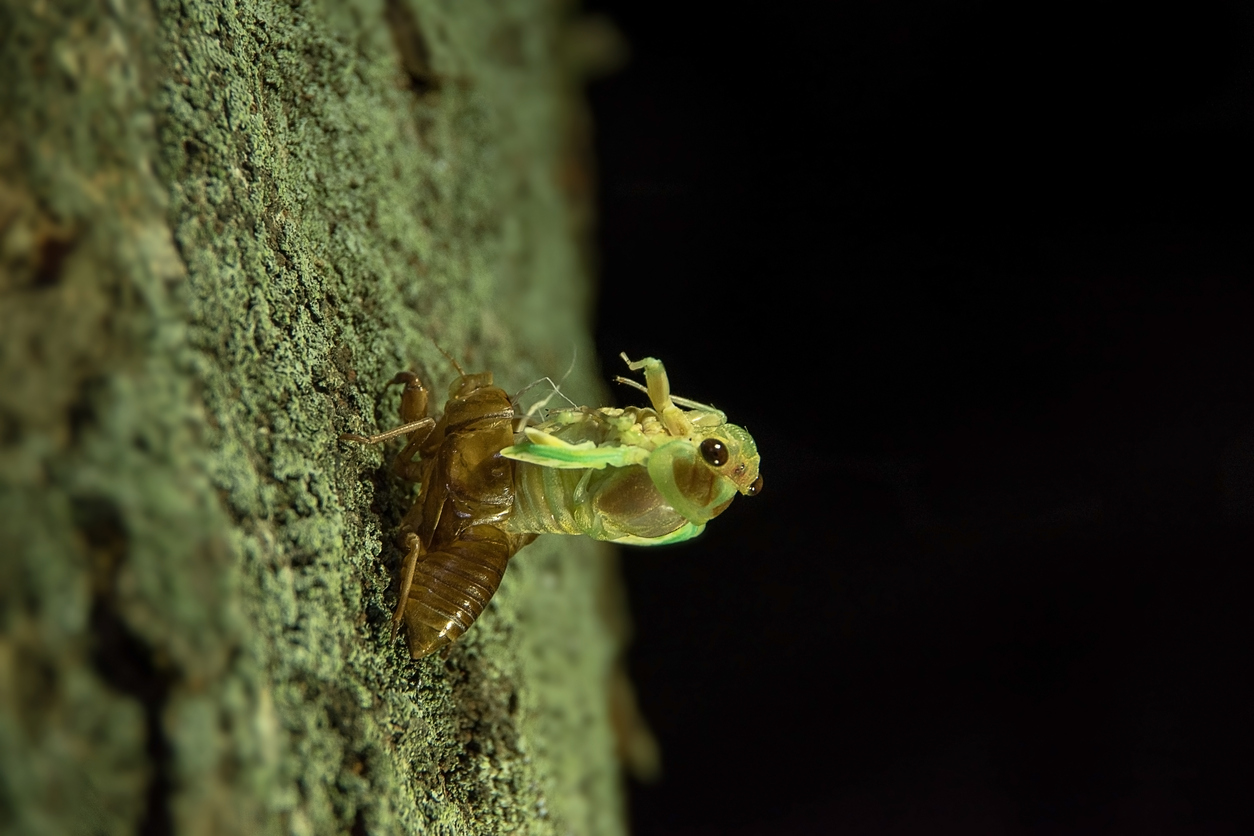 Another cicada takes her first view of the world during the molting process. 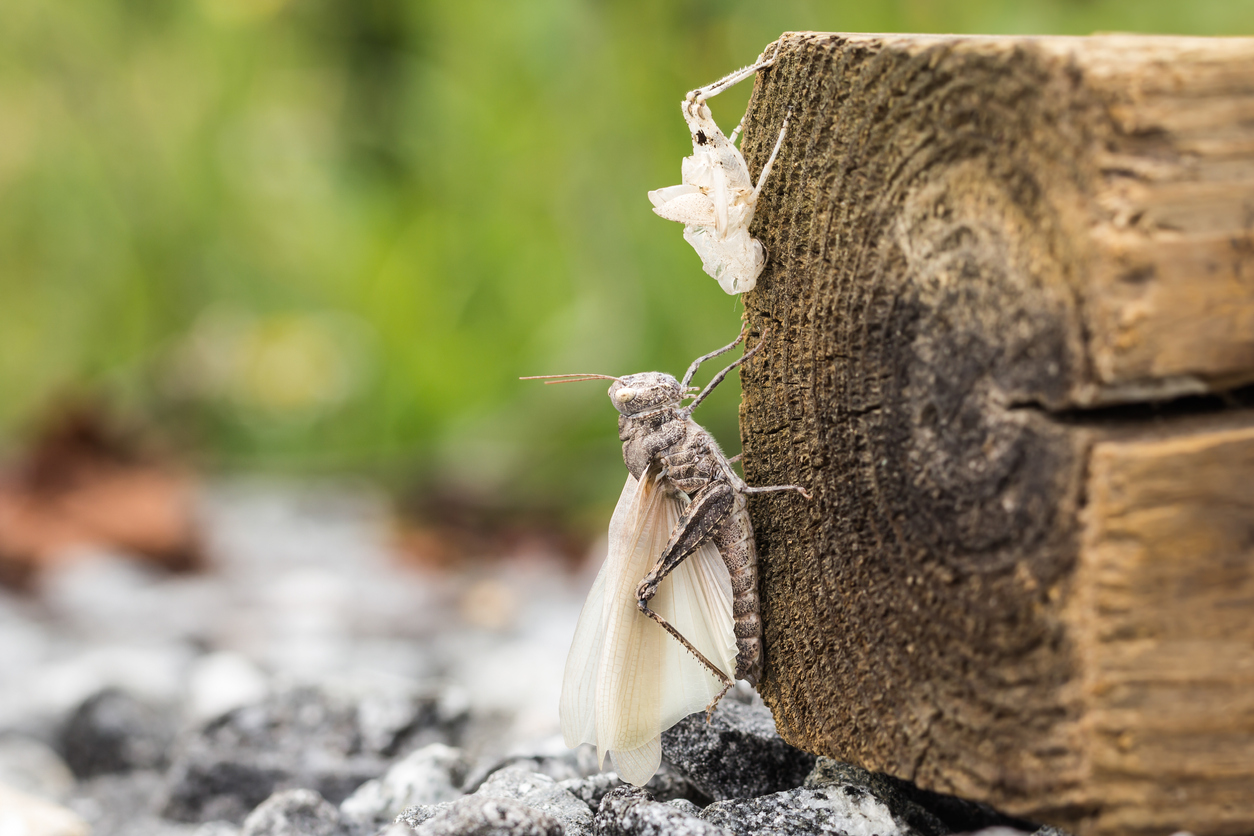 The grasshopper says "bye" to his outgrown exoskeleton so he can continue to grow in his expandable new one. 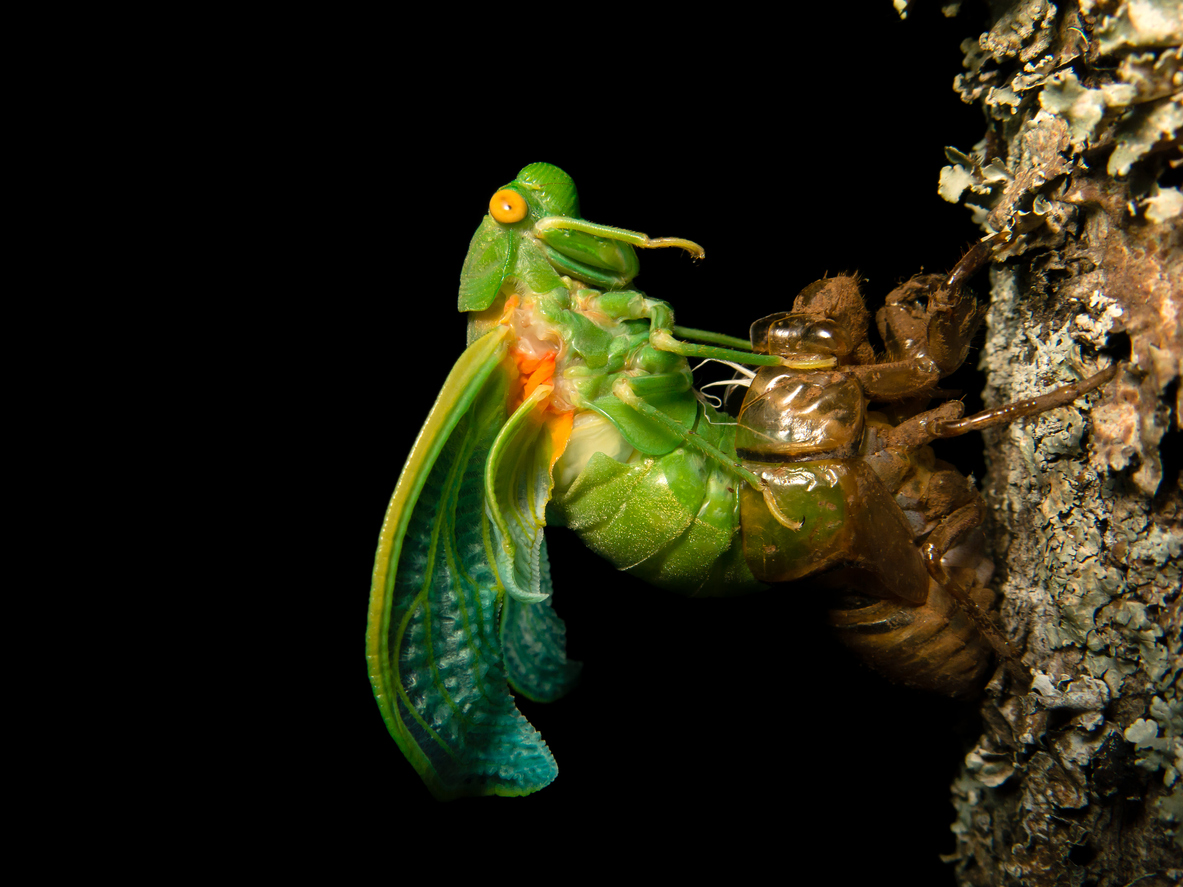 This cicada is feeling fresh after shedding her worn exoskeleton for a new one that's untouched by the elements — her green exoskeleton will turn brown before she molts again.